A few months ago we provided Expert Evidence for a private boat owner of a very nice 37′ single screw motor cruiser whom had the misfortune to be photographed with a mobile phone camera at 4 + mph ?  in a  4 mph speed limit. 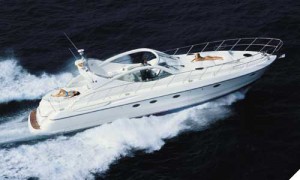 How you can possibly register the speed of a vessel on a mobile phone camera from the bank is beyond us but in the event !

The Broads Authority decided to proceed to court with this case on the basis that the client was travelling at around 8 mph, despite the fact that the only evidence available were photographs taken with a mobile phone camera from the shore

Due to lack of magistrates amongst other factors this case went to court three times and at the end our client was found not-guilty on two out of three counts, but apparently ? there was sufficient evidence to support a case of travelling in excess of 4 mph

The fine for this major offence was some £ 200, however the legal costs involved were between £20-30K, with the Broads Authority share of costs being paid by you – All boat owners and waterway users on the Norfolk Broads. The Broads Authority were not prepared to see sense and ‘mediate’ and insisted on going to court with expensive Barristers and Lawyers

The purpose of this blog it to make all boat owners aware that the current penalty for exceeding the speed limit on the Norfolk Broads & Rivers is nothing simple like a £60 fine plus 3 points, but is  MEANS TESTED

Consequently you could possibly face a fine of several thousand pounds       £££££££