It is not our usual policy to promote ourselves in this way but having regard to the importance of the HMRC case in hand and our contribution, we are printing in full a testimonial letter sent to The Academy of Experts based at Gray’s Inn London, one of the Barristers – Inns of Court, from our client 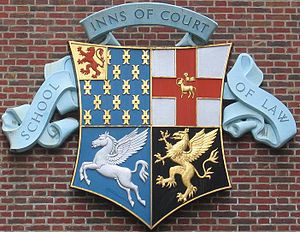 Combined Arms of the Four Inns of Court

I’m writing to provide you with feedback concerning a member of your society, Mr John Clabburn of European Marine Services Ltd.

In early 2014, I was in dispute with HMRC regarding the tax liability associated with a boat which I had purchased in 2013. That dispute had reached the stage of being referred to the First Tier Tax Tribunal. It was my belief that the boat should be considered a Qualifying Ship under the VAT Act and therefore not liable for VAT upon importation to the United Kingdom. Sadly, HMRC disagreed with that belief and felt that VAT was due at the rate of 20%. 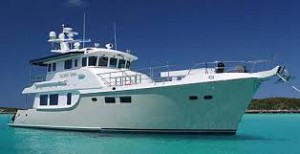 After speaking with a local marine surveyor, they recommended that I speak with Mr Clabburn as they felt he was very experienced in this type of work. Mr Clabburn visited me in Lowestoft, discussed the definition of a Qualifying Ship, agreed to inspect the boat, and provide a report of his findings.

Once the inspection was undertaken I received a copy of the report and this looked at various aspects of the Qualifying Ship criteria together with the findings which Mr Clabburn had reached. This document was provided to HMRC but they refused to change their view and the case continued to a London Tribunal which was held in August 2014.

I appointed David Southern QC to represent me at the hearing and asked that Mr Clabburn attend to present his report to the tribunal. The case was scheduled to be heard over a period of two days and a judgement was expected within a month of the hearing.

However, around two hours in to the hearing Mr Clabburn was called to present his report and undergo cross-examination from HMRC’s lawyer. The cross examination explored several views which HMRC held and Mr Clabburn disagreed with. After around an hour of cross-examination the hearing was adjourned for lunch. Immediately after the lunch it was announced that HMRC were to withdraw their resistance to the topic and recommend my position was accepted by the tribunal. This was on the basis of the strength of Mr Clabburn’s presentation as it left them with no option to continue to defend the matter.

HMRC have since stated “Once Mr Clabburn gave evidence they realistically accepted that they would not be able to counter his factual assertions effectively at the hearing.” They have gone on to add that his evidence was provided in a “firm and absolute manner”.

Similarly, Mr David Southern QC made comment that he felt that Mr Clabburn was one of the best expert witnesses that he had encountered. He was particularly impressed with his clear answers, ability to discuss a complex topic and the assertive presentation.

Finally, in a subsequent document from the tribunal the judge made reference to the manner in which the evidence was presented by the expert and the firm manner in which his points were made.

I therefore felt it relevant to highlight to you the exceptional service which I have received from your member. The topic took approximately two years to conclude and involved a substantive sum of money. The assistance which Mr Clabburn provided me was delivered promptly, professionally and in a manner that greatly assisted a resolution being achieved. This was a unique case, the first production boat, which has been accepted in the EU to be a Qualifying Ship under the VAT rules.